Thank you . We have just received your details!

We will be in touch as soon as possible.

Tell us a bit about yourself and your project, and we will contact you as soon as possible.
(During usual GMT/BST working hours 9am-5pm)

Alternatively, if you're having technical problems please fill in a Support Ticket

Read on to see how we can help.

Game centered marketing is our phrase of choice for describing the use of games as a focal point in a marketing campaign. The game could be on a website, or an app, and will usually be heavily promoted on social media channels and email marketing. Games are ideal for companies looking to build up their digital profile, especially on Facebook and similar social media platforms, but they can also generate a lot of inbound links if the game is popular enough, which in turn can have a big impact on Google rankings. Many companies have turned to Diligence in the past to deliver a successful game centered marketing campaign, either asking us to run the whole process for them, or simply develop a game to suit their requirements. 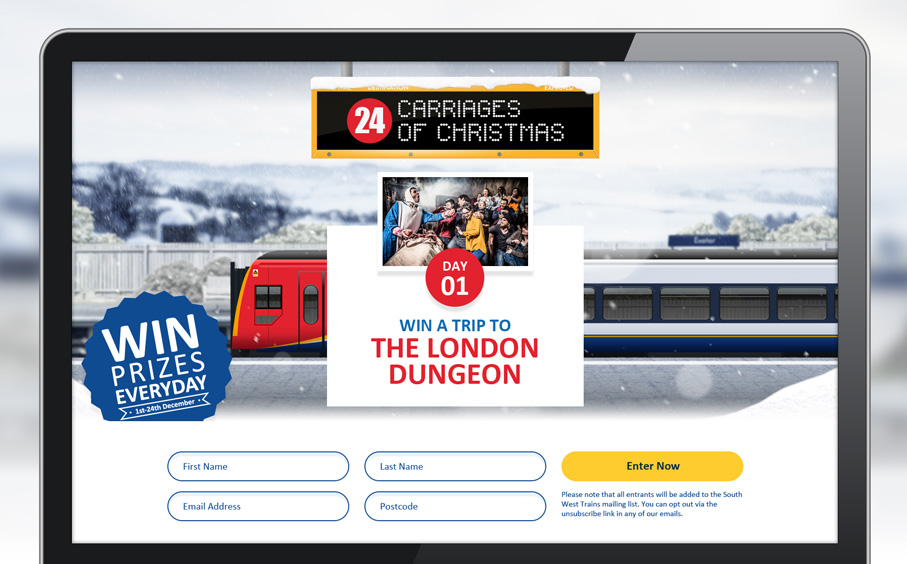 We have created a number of games for South West Trains over the years. Probably the most popular was their '24 Carriages of Christmas' campaign which attracted over 70,000 visitors during the runup to christmas 2016, with a total of 115,000 plays. This was a daily draw which you could sign up for by entering your email address. A winner was picked daily and announced on Facebook and Twitter. There were over 4,000 referrals from social media to the game which reveals a good level of engagement. 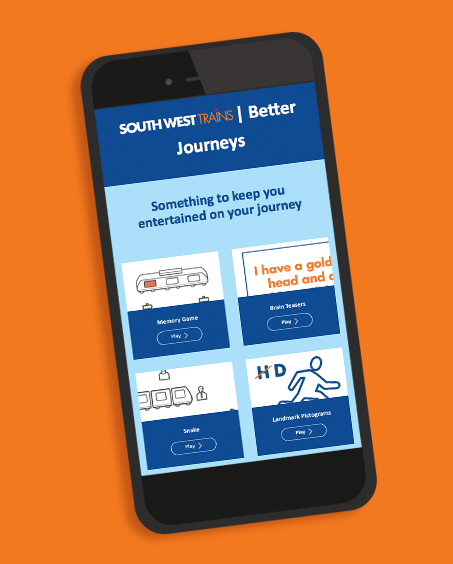 Our own favourite SWT project was a reusable competition platform which allowed them to set competition start & end dates, quiz questions & answers, plus all associated content, imagery etc and populated the website with the competition on the launch date. They utilised this platform 4 times over the course of the year, until changes in their franchises caused them to refocus elsewhere. The site received over 140,000 page views, nearly 40,000 completed competition submissions and over 1,000 social media referrals. 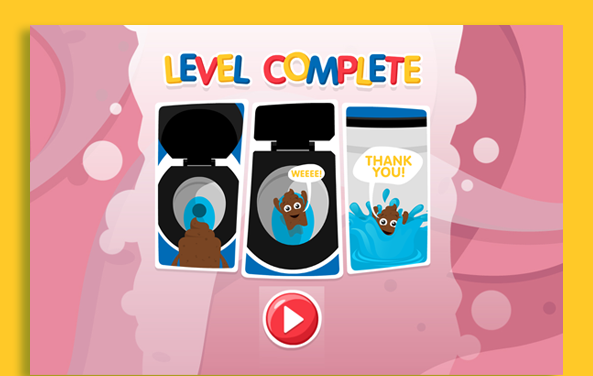 ERIC are a childrens charity dedicated to bowel and bladder health for children in the UK. In 2015 Diligence were asked to develop a game to 'encourage adults and children to discuss poo problems without embarrassment'. The game itself is still online at http://letstalkaboutpoo.eric.org.uk/​ and has to date received over 200,000 page views and approximately 5,000 social media referrals. 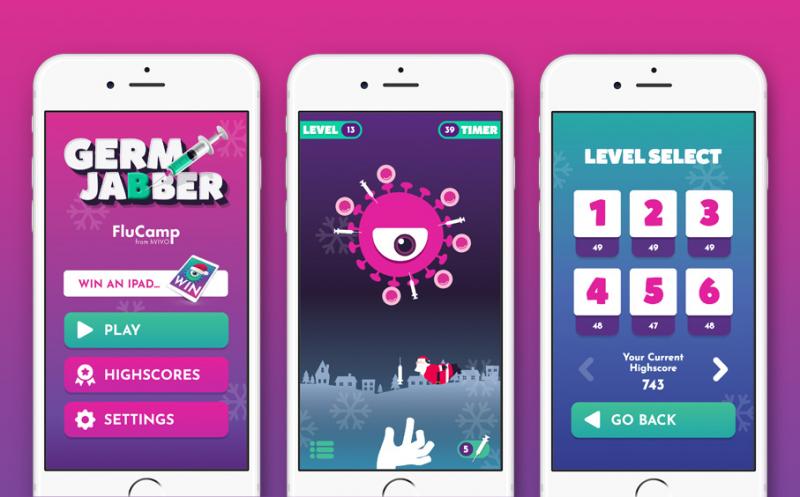 We have recently launched a game centred marketing campaign for hVIVO, the company that runs a FluCamp in London. The game serves several requirements. Firstly it is used as fun activity that participants can play while in isolation at FluCamp. Participants are allowed to take in their phones, so to create an app version of the game (to be released in 2018) allows for registration and push notifcations of game updates. However the main aspiration of the game is to engage with one of their main target audiences: students. The marketing campaign included a number of custom designed Facebook adverts aiming to increase awareness of FluCamp and how much a student can earn if they participate.

GermJabber is the game we designed and developed to compliment the Facebook Adverts, allowing students to engage with the brand beyond just an advert. They are challenged to get the highest score but in doing so, they must share the game, the brand, and the advertising message, on their timeline to their friends and challenge them to play.

Game centred marketing has the potential to increase social fans by up to 34%. And we use the latest tracking tools to measure the performance of the process. Game development does not cost as much as you might think. In fact we have developed over 25 game structures that are ready and waiting to be designed to your brand. A whole campaign, including measuring devices, microsite and inclusion on app stores can be created with a budget of around £6000.

Over the past 10 or more years we have successfully helped to create many game centred marketing campaigns for national brands such as Pizza Express, Flucamp (hVIVO), South West Trains and other travel related businesses. It doesn't have to be complicated and can be used within existing marketing campaigns or created as an independent standalone campaign with its own KPI measurements.

Why not speak to us to find out where and how we can implement a game centred marketing campaign within your marketing strategy and successfully increase your customer engagement to drive more traffic and sales through your website, please call us today on 02036 424111.

Let us call you!

Drop us your details and we will call you back to talk about your graphic design project or projects! 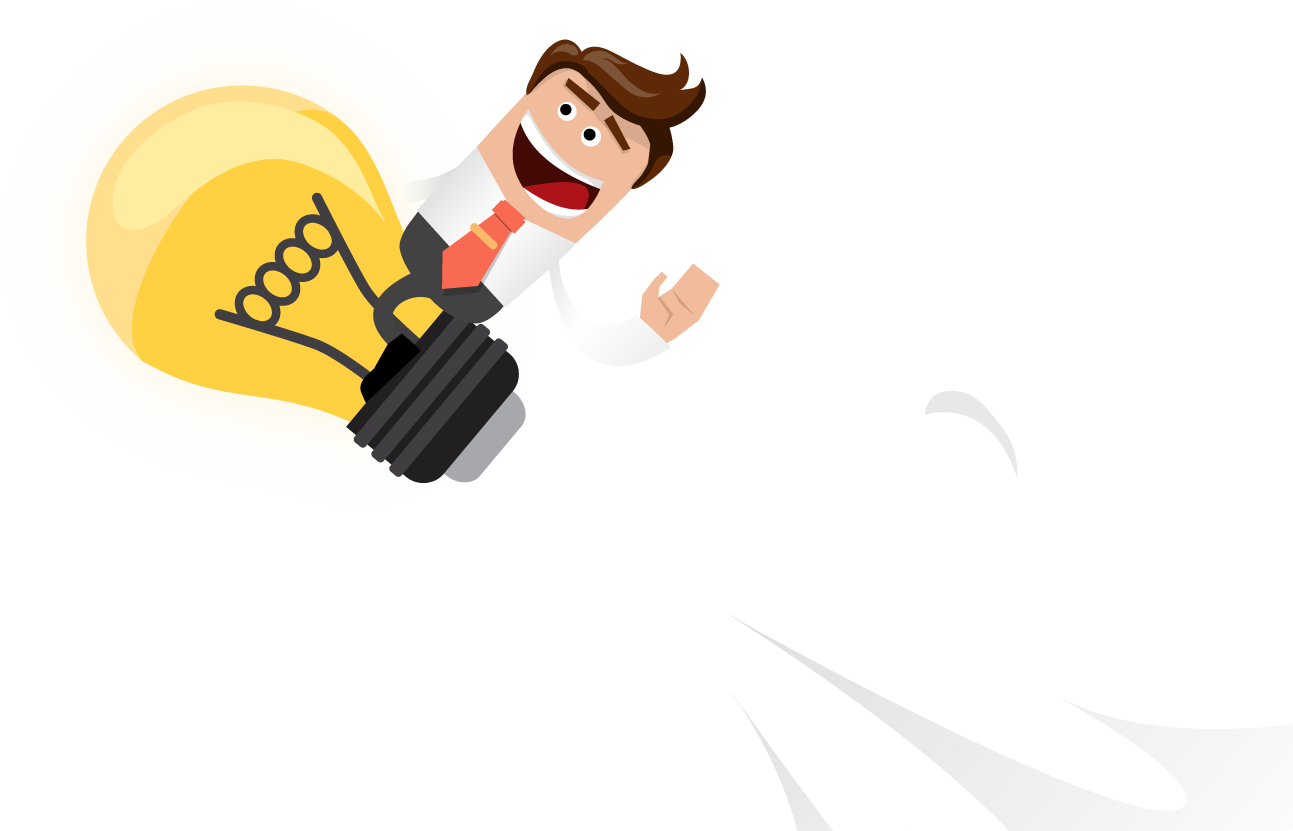